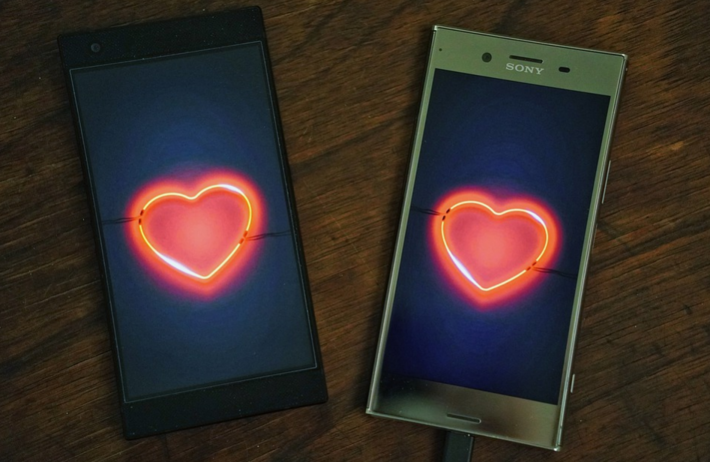 New inventions and creations have been around since the beginning of time. From the wheel and sliced bread to the modern day where you use a smartphone to find love, surround yourself with felines at a café for lunch, and use a streaming service to listen to music instead of a cd.

As time moves on, so does our ability to come up with ideas that are outside the box but have the chance to thrive and cement themselves in everyday society. Here, we look at some of the business ideas that weren’t quite run of the mill concepts but shout the loudest when it comes to thriving beyond expectation.

Throughout the course of time, when people get asked where they met their partner, it would normally be a tale of speaking at a bar or meeting through friends. Anything outside of that could be perceived as an “odd” way to meet.

Although, with video dating and then online dating being a tried and tested method, there was still an untapped market that nobody had really sunk their teeth into when smartphones and apps became the normal way of living. Step forward Sean Rad, the creator and founder of Tinder, the dating app where you don’t need to complete 100 questions to find a compatible match. Simply swipe your finger to potentially meet the person you’ll spend the rest of your life with.

When it launched in 2012, it was an instant success. Over two million matches were made on the app less than two months in to being live on the app store. In 2020, after years of success, the app made $1.2 billion worth of revenue from people paying for extra matches. It’s safe to say Tinder will continue to thrive, and that conversation you have around where you met will be a lot less awkward now.

Cats and dogs are the most common companions for humans. As pets they are a staple part of communities and households across the UK. In 2019, around 25 per cent of people in the UK owned a dog, and 17 per cent owned a cat.

If you have a cat or a dog, you’ve probably eaten in front of them, fed them some of your food, and in the case of dogs, taken them into a dog-friendly café or pub. But would you ever think of surrounding yourself with cats or dogs whilst deciding what to order on the menu? If you’ve seen the toilet paper adverts with puppies running around, well it’s a bit like that, only you swap the loo roll for cake and coffee.

Cat cafés originated in Japan where they’re known as Neko cafés. But, like most trends, it wasn’t long until the UK would follow suit, and places started to pop up throughout Britain. From 2014 until now, we’ve seen the likes of Lady Dinah’s Cat Emporium (the UK’s first cat café) for felines and the Edinburgh Chihuahua Café for dogs open, among many others.

You may be surprised at the emergence of this concept in the UK, but when you consider the positive impact cats and dogs can have on your mental health, and how they can reduce loneliness, lower blood pressure, and improve social interaction, it’s no surprise that they’ve taken things by storm. Once the coronavirus pandemic passes, they will arguably continue to be popular.

If you have a dog – and want to take it to cafes that allow it – but are worried it may not behave well around other canines, you could take your pet to a behaviourist or trainer. Just check that they are fully covered with dog trainer liability insurance.

Life is a stream

Music is steeped in history, and we’ve seen everything from the swinging ‘60s to the pop-filled ‘90s, with every genre suitable for different tastes and cultures. But the way we consume music has changed dramatically over the years.

From vinyl record players to Walkman’s that felt like a brick in your hand or pocket, technology has determined how we tap our toes and shake our hips to our favourite tunes. These days, you can still find modernised players for vinyls and DAB radios that look like your old wireless, but it’s the digital download that rules supreme now, with streaming service Spotify one of the go-to platforms for music.

Developed in 2006 as a response to the growing piracy issue the music industry was fa…, Spotify launched two years later. It offered a free service with the option to upgrade for more choice and no adverts. Fast forward to 2020, and the company is worth a projected £22.5 billion with over 130 million paid subscribers.

Like most successful companies that become a disrupter in the market, Spotify hasn’t been without its critics. American superstar, Taylor Swift, famously removed her music from the platform, citing issues with being part of an “experiment” that didn’t fairly compensate the writers, producers and performers of music. It led to the rival launch of Tidal from Jay Z, but Spotify is still reigning supreme with no signs of slowing down.

You would have been crazy to predict that swiping right on a mobile device, being surrounded by cats and dogs whilst tucking into a panini, or simply tapping a digital button to play music, would be hugely successful just over a decade ago, but here we are.

What does the future hold though? At this rate, who knows, but let’s hope it will be filled with people and businesses pushing boundaries to come up with the next big ‘thing’.