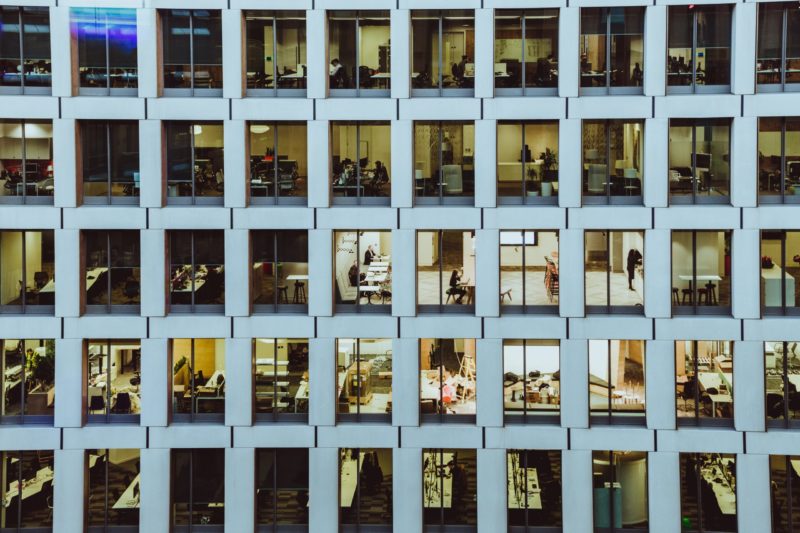 Is your company working on its return to work plan? If so, you’re not alone – the “Great Resignation” is starting to give way to the “Great Return” as all across the world, people are returning to their offices. To make the transition from the isolation of the last two years, leaders are getting creative in their return to work plans, and in many cases, are seizing the opportunity to re-think what work means, and where and how it will be done, for their organisations.

The most popular return to office plan: Hybrid work

A survey of large companies indicates the overwhelming majority are adopting a hybrid model. Of the 40 companies studied by office space provider Hubble, two are going back to the office full time, five are embracing remote work entirely, and the remaining 33 are adopting hybrid working arrangements.

These numbers align with the larger LinkedIn Global Talent Trends report, which showed that of more than 500 C-level executives surveyed, 81% indicated that their workplace policies are changing to provide greater flexibility. 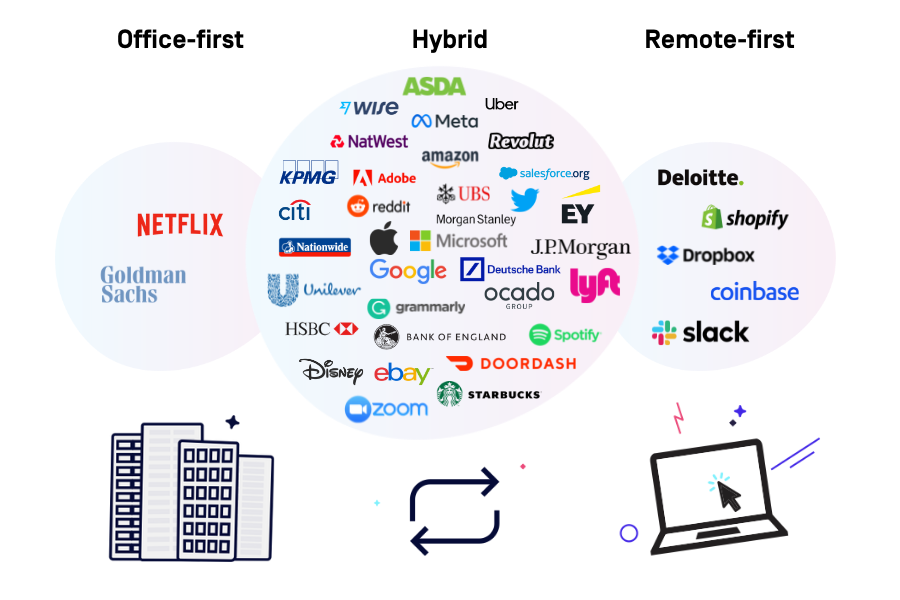 Hybrid work plans can marry the best of both worlds, however, we’ve also learned some lessons from employers who have been practicing hybrid working. Simply requiring people to be in the office for the sake of being there is a tough sell, even when combined with working from home a few days a week.

“I feel settled and focused on the days that I work from home,” says an employee named Klara (surname withheld) in an interview with the BBC. “But by the evening I dread having to go back in: sitting at my desk for eight hours a day in a noisy office, staring at a screen, readjusting to exactly how it was before Covid.”

To generate a real enthusiasm for returning to the office, companies need to get creative in their plans.

Large companies have been working on their return to work plans for months (if not more than a year) and many have devised some creative approaches to the future of work within their organisations.

Smaller businesses can borrow from these organisations’ playbooks and use these ideas to improve their own operations.

Being purposeful about how in-person time is used

We know what doesn’t work when it comes to bringing people back to the office. Vague goals such as “getting back to normal” or an executive’s desire to hear “the hum of activity,” as Apple’s Tim Cook wrote in an email to his employees, do not provide a reason that motivates people. As we’re written previously, it’s incumbent upon leaders to provide a compelling “why” that moves employees to embrace going back to the office.

We thought that Sundar Pichai, CEO of Google parent Alphabet, made a fantastic point in a recent interview with the Wall St. Journal about the return to work:

“I think the future of work will be flexible. I see it as a new canvas on which we can develop newer ways, which make people’s work lives more fulfilling and their personal lives more fulfilling… I think we can be more purposeful about the time they’re in [the office], making sure group meetings or collaboration, creative collaborative brainstorming, or community building, happens then. I’m excited. I think people and teams are going to figure this out, but overall I feel energized that we get to rethink for the next 10 years.”

In short, seize this moment to create your vision for the future of your company’s workplace and culture.

The word “flexibility” appears in nearly every discussion about return to work plans, but its use is all over the map, as a Harvard Business Review article on flexibility at work vs. autonomy points out:

“For some, it means “the ability to connect and get work done from anywhere,” while to others it means “we’ll let you work from home a couple times a week.” As we’re beginning to find out, however, no one of these definitions is exactly what employees mean when they say they want flexibility. What it seems they really want is autonomy. Within the context of hybrid work, this means having the ability to be the primary decision-maker of where and when they do their work.”

Harry’s, the shaving company, has created an interesting way to provide employees with autonomy over their time with something they call “golden time.”

“We instituted this concept of ‘golden time,’ which was part of the designing your time module. People book ‘golden time,’ or GT, on their calendar to block off time on their calendar, and no one books over it.” said Kate Childers, chief people officer for Harry’s, in an article for Time. “That gives people the flexibility to go to a yoga class, go to the dentist, or take a walk—whatever it is. That gave people a feeling of empowerment to take what they needed from a flexibility perspective.”

Just as it’s wise to be purposeful when thinking about how employees can best benefit from spending their time together, it’s also useful to support those changes in the physical workplace.

At Wells-Fargo, as is the case with many other companies whose employees will continue to work remotely, employees will no longer have assigned desks, according to an NPR story. Instead, the company has created what they call “neighborhoods” of offices and desks with rotating residents, depending upon which teams are in on what days.

The headquarters for Hana Bank takes catering to specific types of working a step further, creating different environments within their office designed for various modes of working, such as “the kind of heads-down individual work that happens at a desk, flexible seating for when people need a break from their desks, collaborative spaces that encourage focused team interaction, and lounges for socializing. This combination of experiences encourages worker agency while still providing structure,” reports HBR in a story focused on creating an office employees want to come back to.

The same story also points out the importance of nomenclature at the office as a means of providing definition and signaling intention for different spaces.

“It might sound simple, but nomenclature matters. For knowledge workers, the office shouldn’t be a place to tackle a to-do list. It’s a place for collaboration, creativity, and learning, where an employee feels nurtured and a sense of belonging. Names of buildings, floors, areas, or rooms should reflect this intent. Terms like “learning center” or “innovation space” communicate the new perspective, shape design changes, attract talent, and influence behavior.”

Kate Childers of Harry’s, in her interview with Time, also noted that the company is capitalising on human behaviours to help build connections between people, including that habit we have of eating at mid-day.

“We realized that the days people were coming into the office were the days with the most perks,” Childers told Time. “For example, we do free lunch on Thursdays. Not surprisingly, a lot of people are in the office on Thursdays. As opposed to telling people when they need to be in the office, we leverage existing behaviors. We’re adding another team lunch to encourage people to be in the office. If you do two team lunches, you’re going to have a lot of people on those two days. That’s going to facilitate coordination and connection, but people will feel like it’s a choice that they’re making to come in on those days as opposed to feeling like it’s mandated.”

The point is, while perks like breakfast, lunches, or an upgraded coffee service are unlikely to draw people into the office on a sustainable basis, they can add to the experience and make it more pleasant for people, and make the experience of being in the office even more positive.

This truly is a moment of change, and a great opportunity for organisations to lay the foundation for both the structure and the culture that will support their growth and success over the next ten years. For ideas on how to gather employee feedback and generate enthusiasm for your company’s return to work plans, see our article, Return to Office: How to Get Employees Excited About Coming Back.

Open Enrollment is right around the corner 2022 • Corporate Payroll Services